Skip to content
You are here
Home > News > River accidents, an ongoing problem 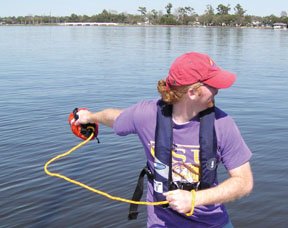 Safety officers are warning people to take extra care by York’s rivers after another incident with a young person having to be rescued from the river Foss.

Yesterday, another person fell into the Foss. At 3:43am of the 16th May, fire crews from Acomb and York were called out after the young man. In the end, the firefighters were able to rescue him and, later, he was transported to the hospital for precaution.

Another accident in the river remark how real is this risk, that for many people seems unseen. From the police to the universities, as well as the council, they have been looking for solutions and offering advice to avoid new cases, but the key is that people realize about the danger.

In order to get this awareness, the Student Union of York St John University has been running different campaigns, such as the Water Safety Awareness campaign on this month or the Don’t Drink and Drown campaign in December.

Olivia Bowers, President of Wellbeing and Diversity of the Student Union, suggested: “Always walk back with someone else, take care and walk a safe distance away from the edge and if you fall in the river the first thing you should do is Float!”

Mat Bellew, health and safety adviser of York St John, tell me that the university got throw bags. “If anyone causes anything emergency, we have got trained individuals who will go down to the river and hopefully rescue any individuals,” he said.

Also, Mr. Bellew said: “A demonstration of that was done just this week for students to all have a go and get with the RLNI, who demonstrate it”.
Different measures have been done to avoid more accidents, like new ladders to help people get out of the water and some additional fencing put up at key areas.

However: “The most important factor in prevention is education and training” as Jackie Roberts, mum of a young woman who died in the River Ouse, said to the YorkMix. That is the point in which the majority of voices put the emphasis.

The return of Aesthetica Film Festival