Skip to content
You are here
Home > News > York City Council has no overall majority, what happens next? 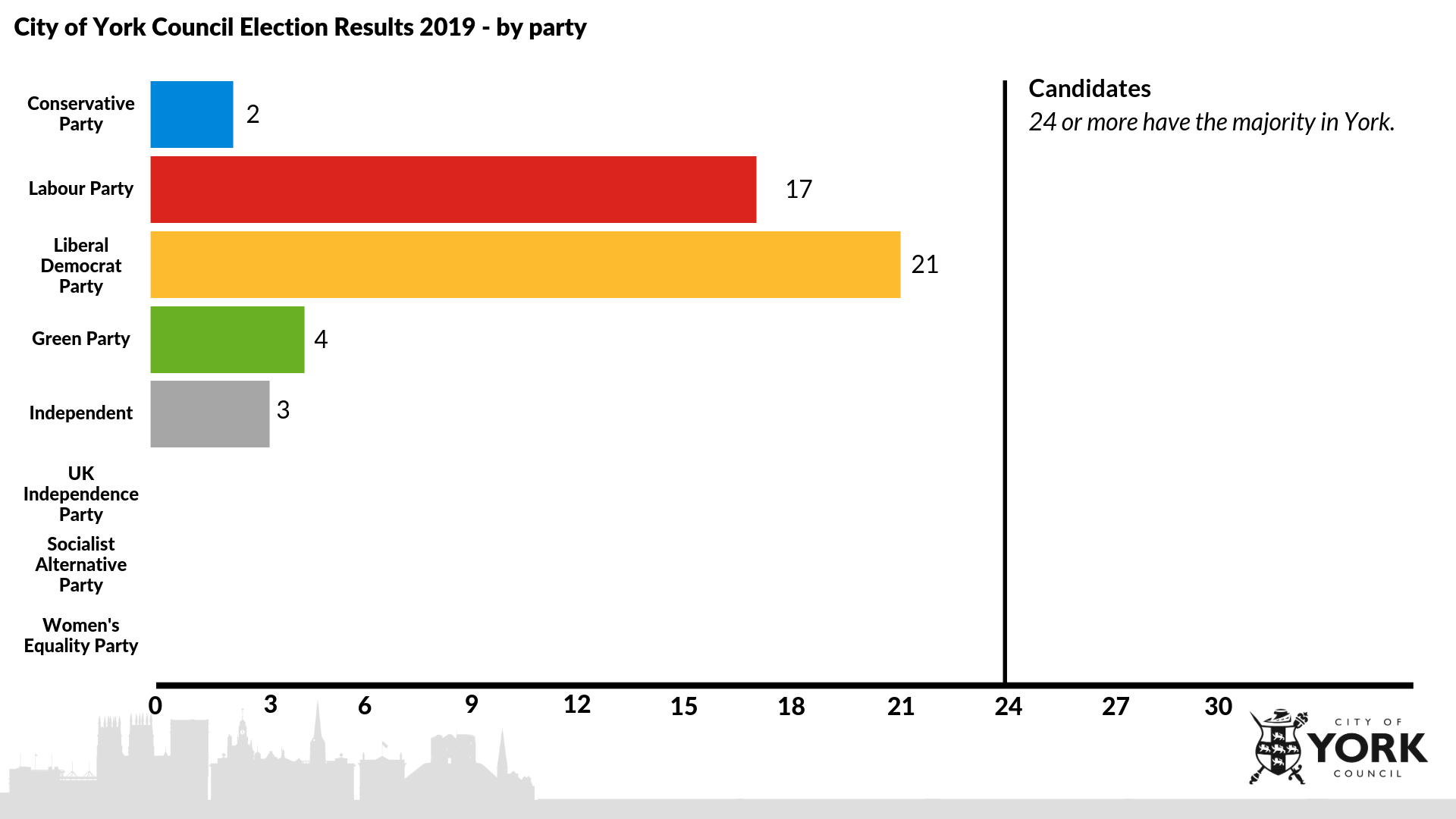 York Liberal Democrats has become the largest party in York City Council, with 21 seats out of the 24 needed for a majority.

Soon they will have created a cabinet and taken over the running of the local authority for the next four years.

There are a few ways that this can happen.

Firstly, The Liberal Democrats could form a coalition with a smaller party.

This is how the Council has been run for the past four years, with a coalition cabinet. Up until now that was between the Conservatives and Liberal Democrats.

The Green Party has retained its four seats in York and would be the most obvious choice for a coalition.

However, this may not be an option.

We spoke with John Cossham, who stood as a Green Party candidate on Hull Road Ward. He said that, as a local party, the Greens prefer to vote on a policy by policy basis.

Mr Cossham stressed the importance of the environment and the role York must play in combatting climate change are high on the list of priorities for party members in York: “We would not put ourselves into an agreement where we were forced to vote with a party at all times, but instead on a policy by policy basis. For example, if the Conservatives or another party were to have a good policy on house insulation, I would happily back that.”

John was particularly concerned with how national politics seemed to have seeped into the local elections this year. Saying that it saddened him that constituents might ask about national issues that he and other candidates could have no impact on.

The other option is for the opposition to not to block the election of a new leader. Meaning the Liberal Democrats would be to liaise with other parties to gain an agreement.

This option allows a unitary authority to have a minority cabinet lead the council politically. However, this will only happen if they can appoint a leader.

Either way, in the next few days, it is expected that York Liberal Democrat leader Keith Aspden will become leader of York City Council.

Did you know Harry Potter has a connection to York?